skip to main | skip to sidebar

When I came home from work Monday morning, Jackson was at my house. My younger daughter, Shawn, keeps him on Mondays until I get home. He wasn't feeling well, and she took his temperature. It was 100.7 under his arm. We called his Mommy and she made an appointment to get him to the doctor. He was so pitiful. He just laid on the couch with a cool rag on his head. Shawn took this picture of him with her phone to text to Shannon. Well, his regular pediatrician couldn't see him, so he had to see Dr. D. He didn't think it was H1N1, and he called it a fever virus. I wasn't so sure, but he's the doctor. Later that night his fever ran 103, and he was feeling terrible. I talked her into seeing regular pediatrician yesterday, and they got him right in. The swab confirmed what I expected...swine flu. They started him on the Tamiflu, and started Shannon since she is 8 months pregnant, to hopefully prevent her from getting it, too. I hope that waste of a 24 hour period didn't hurt anything. Please pray for them, and that no one else gets it. My elderly parents certainly don't need it, and we were all exposed. I just don't understand why the first doctor didn't swab him to make sure, especially since Shannon is pregnant. They are quarrantined at home for the rest of the week. I miss my sweet boy.

Oh no! I will pray for speeding healing and that no one else gets it:( Hugs and prayers!

I'm praying for this family!

That doesn't make much sense...I'm so sorry for that poor baby and praying your daughter stays well.

Sheila--I melted when I saw that little face. I will pray that you all, especially Shannon and your parents, are able to escape it! The salt and pepper shaker is from Steinmart :) Thanks for stopping by.

What a sweet little face. I sure hope the rest of your family don't get it also.

Hi Sheila,
I'm so sorry the little guy is sick. Hope the Tamiflu works as planned.

I enjoyed the post on your parents' bottle collection. It's really impressive and beautifully displayed! They're fortunate to have such a caring, thoughtful daughter.

@cheapchichome. Aww, I'm sorry. That is a sweet little face!

Prayers for quick healing! Thanks for all of your sweet comments lately.

Poor things. So awful to feel bad, particularly since it's so contagious and you can't see him. I hope it goes away real soon!

Shelia, thank you for stopping by my blog... that let me find yours. I will keep your sweet boy in my prayers! I have a three month old grandson and I know how those little angels just steal your heart! May God keep His healing hand on all of you.

We've been gone, and I didn't see this post until after the new one saying that he's all well and out and about. I'm so glad all went well; he's such a bright little sweetie, and I know you missed your Porch Pal.

Thoughts and prayers for you all, that it will pass you all by. Happy November!!

I can't believe they waited 24 hours either knowing how bad it can be for pregnant women! Praying for all you guys!

He looks so pitiful!

Oh I hope they are well now. That is scary. 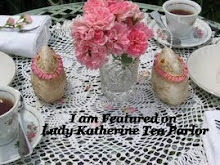 mustard seeds
I am a Christian, wife, mother, grandmother, and daughter. I am so blessed to have such a wonderful husband of 30 years, 2 beautiful daughters, great parents, and the 2 cutest grandsons you have seen.